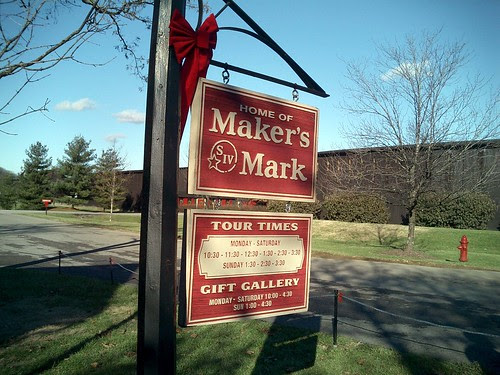 Church of the Customer did an amazing podcast interview with Maker's Mark CEO Bill Samuels Jr. on his concept of 'Marketing without fingerprints'. Samuels' idea of marketing is that he doesn't want to push messages on his community, he wants to give his community the incentive to come back to Maker's Mark and do most of their marketing for them.

His marketing thought processes are widely based on his father's idea of respecting the customer with regards to marketing. Don't push something on them that they don't want, give them a reason to come to you.

"The communications strategy is right to the essence of what we now know as 'buzz marketing'. And that is we shall not invade the air-space of other people, until we are invited in.", explained Samuels. Samuels wanted to talk to his community, but he wanted to give the community a reason to START that interaction, because he didn't want to push a conversation on the community that they didn't want. And he understood that if the community starts the conversation, they will be more likely to spread that dialog.

This level of community-empowerment served Maker's Mark extremely well when their initial 'A-Team' plan to get mainstream exposure worked so well that demand quickly outstripped supply. Thanks to a well-placed article in the Wall-Street Journal, the Kentucky distillery saw its customer base go from being centered in the Bluegrass state, to nationwide, almost overnight. Suddenly, distribution wasn't meeting demand, so Maker's Mark had to lean on their community of evangelists to help them. MM reached out to their existing evangelists in the community and encouraged them to network with other community members so that they could find supplies of Maker's Mark, and if they couldn't, even mail bottles to other community members, which Samuels said they 'probably wouldn't go to jail for'.

As a result, this served to grow and expand their network of empowered community members to a nationwide scale. Samuels knew he could stay in constant contact with his Kentucky base of evangelists, but wanted a way to keep his community across the country inspired to continue to market for them. So MM then created an ambassador program for evangelists where the ambassadors would promise to continue to spread the MM message to other community members, and they would also encourage bars to start carrying the Maker's Mark brand. In return, the name of each ambassador would be featured on a barrell of the whiskey, which takes 6 years to ferment. Maker's Mark took an activity that these evangelists were already engaging in (spreading WOM about Maker's Mark), and in return, gave them a sense of ownership in the brand, and personalized their input into the product. This goes to the heart of the concept of empowering your community.

The best part of this story? Samuels began his 'marketing plan' to give the community a reason to evangelize his brand in 1980. Just an amazing example of the power of embracing, empowering, and joining your community. Be sure to hear Samuels' story for yourself.


Pic via Flickr user naokomc
Posted by Mack Collier at 10:31 AM

This is a very different and real way to do it, compared to those companies who try to control, like Coke, and worse, those who fake consumer generated content. See this:

CUT AND PASTE BOTH lines ending in"
.html to see this post.

Thanks for the heads up. I'll definitely listen in to the podcast. Great post.

I agree, Mack. The Samuels podcast was one of the best podcasts I've heard...very compelling story, and well-told, to boot. Very empowering story all-around.

It comes down to respecting customers as people before business. Rather than seeing your customers as a source of commerce, see them as complex human beings like you and me, that have both emotional and functional needs. Taking that in to consideration every time you approach a prospect or customer improves your chances of customer satisfaction, loyalty and buzz.