New Line to give bloggers Treos at tonight's SoaP premiere 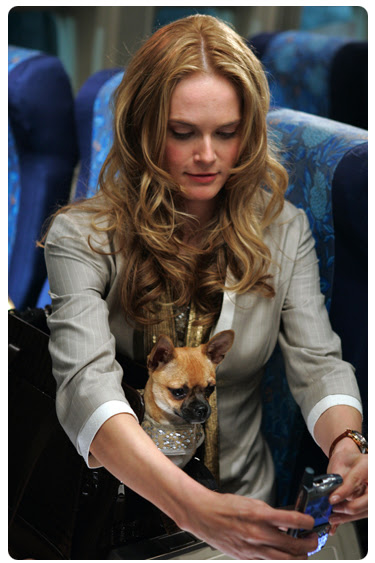 In yet another in a series of smart marketing moves, New Line will set up select bloggers at tonight's Hollywood premiere of Snakes on a Plane with a Treo SmartPhone. The Treo, which is briefly featured in the film, will allow bloggers to live-blog before during and after the showing, giving bloggers the chance to get instant reviews of the film on the net.

Again, a brilliant move for 2 reasons:

1 - Bloggers are, for obvious reasons, the most likely group to give the film a positive review, so New Line just made it incredibly easy for them to do so while they are AT the theater, when their excitement over the film will be at its peak.

2 - The nationwide premiere is tomorrow, so this means that bloggers will get even MORE buzz for this movie up tonight and tomorrow on their blogs, which only further fuels the fire right at the last minute for New Line.

BTW wanting a Google Juice update? There are now over 18 million Google results for "Snakes on a Plane".
Posted by Mack Collier at 7:25 PM

That's just flat out awesome. This is what we've been lobbying for, isn't it? Thank God, someone's finally got it.

Also, so much for the internet buzz for Snakes dying out.