I wanted to share with you a few tools I've come across in the past few weeks that might help you out as well. Over at MackCollier.com I recently did a review of Monitter. Monitter is great for local/retail businesses because it lets you do location-based searches on Twitter! Instead of just monitoring Twitter for relevant terms, think of adding the additional layer of only finding people that are tweeting about those terms, but in a specific zip code! Great way to identify potential customers for a small, local business!

Another tool that looks interesting is a blog platform created by Compendium Blogware, that Stephan Spencer did a nice write up on. It seems that this platform would work great for a large company, possibly one with franchise locations across the country, by pulling posts from multiple locations and resorting them under a common theme. For example, if Tom blogs at his McDonalds' location in St. Louis about a particular product on the menu, McDonalds could also automatically put his post onto a blog that would collect all the posts from all the franchisees about that particular product. This is also a great way to bring together information from many blogs and collect it in one place that can easily be accessed. Thanks to Amy for sharing this post with me.

Finally, if you are an avid Twitter user, and constantly sharing links, you may want to give URL-shortening service Bit.ly a spin. Bit.ly will automatically shorten links for you, but it also tracks how many clicks those links are getting. It will also show you total clicks from YOUR link, versus total clicks from everyone that's shared that link. Bit.ly functionality is built into Tweetdeck, and can be used as your shortener of choice. I'm sure Seesmic offers it as well.

BTW on an unrelated note, on Monday I launched a new survey on social media! This survey is designed to give us a better view of what tools companies are using, what their social media budgets are, what concerns they have about social media, and other areas. If you can help me my filling out the survey (it only takes 2 mins, REALLY!), I'll give you a copy of a PDF I created just for respondents, a paper entitled A Blueprint for Handling Negative Comments. This paper walks you through some examples of negative comments you might encounter both on and OFF your blog, and how to respond appropriately. You'll be given the link to download the paper after you complete the survey. As a bonus, everyone that completes the survey will have first look at the key findings, and I'll probably email everyone about this early next week (the survey closes at midnight this coming Sunday).

If you can, please help me out by completing the 10-question multiple-choice question survey here. Thanks!
Posted by Mack Collier at 1:22 PM 5 comments:

Facebook continued to chug right along, growing its traffic by 3.5% in October and posting just under 129 million visitors for the month. Ning gained 10% for the month, growing to 6.8 million monthly visitors. But URL-shortening site Bit.ly was the big winner in October, up 19%, with 7.6 million visitors. Bit.ly's rise is no doubt tied in great part to popularity among Twitter users.

Other notable social media sites and their traffic for October:

Is your blog losing its identity? 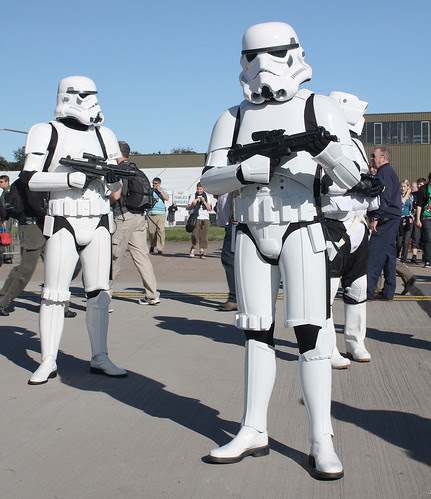 "Individuality is fine, as long as we all do it together." - Major Frank Burns, M*A*S*H

In Google Reader, I get new posts and articles from over 100 blogs and sites every day. I get dozens of shared items well. For the past few months I've noticed that the majority of the posts fall into two categories:

1 - They are 'Guide/How-to/Steps-to' posts. Here's the formula: The (Celebrity/Fictional character) Guide to Better/More Effective (blogging/tweeting/etc). Or "X Steps to Better (social media term)".

2 - Echo posts. It seems like every couple of weeks, a blogger (usually a popular one) will hit on a particular topic, then for the next couple of weeks, several other bloggers will post on the same topic, usually referencing the first blogger's post.

Now I don't mean to knock 'How-To' posts or anyone that wants to chime in on the topic of the moment. I've written both types of posts many times before and will continue to do so in the future.

But it seems like over time, our blog posts have become less about our individual opinions and feelings, and more about following the herd. Or the formula. Or echoing whoever the 'influential' bloggers are deemed to be.

Which is really sad. When I started reading marketing and social media blogs, back in 2005, everyone had their own ideas and opinions. And some of them were goofy as hell (especially looking back now), but you know what? Every blog was different. Every blog had its own unique voice and tone.

And those blogs, with all those unique and sometimes goofy as hell ideas and opinions, helped incubate many of the top themes and movements that define the social media space today.

I look around the blogosphere today, and although I see plenty of smart people, I don't see as many truly smart and groundbreaking ideas as I once did. Maybe we've all become a bit too worried on following a 'formula' to get more visitors, or more retweets, or whatever. Instead of just trying to come up with original ideas.

Instead of just starting with 'Here's what I think...'

Pic via Flickr user Shandchem
Posted by Mack Collier at 8:00 AM 16 comments:

#blogchat update and how you can be involved!

As many of you know, for several months now we've been meeting on Twitter every Sunday nite at 8pm CT for #blogchat. This is where we discuss various topics concerning blogs and sometimes other forms of social media.

The chat has become very popular (thanks to you!), and that's gotten me to thinking about how that popularity can relate to this post on how we need to find ways to focus on new voices.

You see, one of the things that's been sorely missing from #blogchat is someone that can do a recap of each week's chat. I simply don't have the time, and it's really tough for any one person to commit to doing it every week, as something always comes up for all of us.

So David Spinks had a great idea. What he suggested was that we let someone each week volunteer to do the recap for that week's #blogchat. David has volunteered to do the recap for tomorrow nite's #blogchat and it will be posted on Scribnia's blog. The idea here is that each week, someone else can do the #blogchat recap on their blog, and I'll promote their blog on Twitter ahead of time, so the blogger will be doing all of us #blogchattters a service by doing the recap, and the recap should help drive traffic to their blog and give them a bit of exposure.

As for this week's topic, when I was at the Marketing Profs Digital Marketing Mixer, I attended Beth Harte's session on online communities. Beth asked the attendees how many of them had a community site, and without thinking, I put my hand up. Then I lowered it when I sheepishly realized that I had a blog, not a community site.

But I got to thinking about that, and maybe it's best that we DO think of our blogs as a community site, especially if we want to increase interaction and comments.

What are your thoughts? No wait...save them for tomorrow nite's #blogchat ;)
Posted by Mack Collier at 8:09 AM 3 comments: 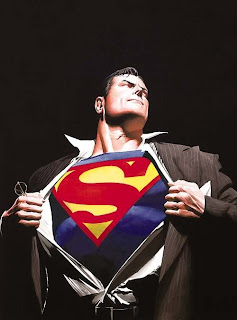 Whether you are a new or seasoned blogger, many of you likely have many of the same questions:

"How do I get more readers?"

"How do I get more comments on my posts?"

"What about blog subscribers? How do I get more of them?"

"How can I use Twitter to drive more traffic back to my blog? Or Facebook, or Friendfeed?"


Notice that all of these questions are focused on YOU, the blogger. How YOU can get something.

What if you instead asked this question: "What superpower will I give my readers?"

When your reader comes into your telephone booth/blog, what superpower will they have when they leave? What will a reader gain from having visited your blog?

When you shift your focus from what's best for you (the blogger), to what's best for your readers, then your blogging efforts will start to take off. Here's some reader-centric questions to ask yourself:
Oh and BTW, there are BIG direct benefits to you (the blogger) when you create reader-centric content. Look at this post that Amy wrote giving Lois advice on how to improve her blog. Now look at the (currently) 30+ comments. The value of Amy's post has been increased dramatically by the dozens of comments that her readers have left. Also, notice that the most frequent commenter to that post, is Amy. She's sending the message to her readers that she appreciates their attention and comments, and she's encouraging more of them by responding so often.

And the ironic thing is, if you ask the second question, you'll actually get the answer to the first.
Posted by Mack Collier at 8:47 AM 23 comments: