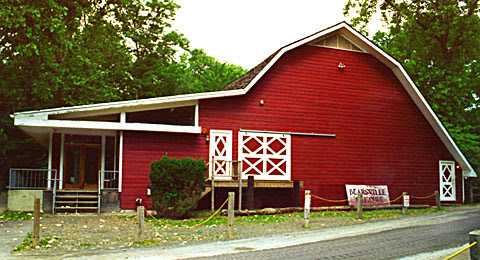 Over a year ago at BMA I blogged about the creation of JewelStock, but I love the story from a marketing/fan empowerment angle so much that I wanted to post about it here as well.

For over 10 years, Jewel has had a very devoted group of fans called 'Everyday Angels' (EDAs). These EDAs have had their own mailing list on the internet since the mid 1990s. In 1996, the EDAs began posting about how it would be great if Jewel could perform a special concert just for members of their list.

Now normally, such 'wouldn't if be great if' type wishing dies out as quickly as it starts. But what the EDAs had going for them was that a member of Jewel's management team regularly read and posted to the list. In 1996, Jewel's music career was just starting to take off, and she was smart enough to realize that her biggest fans were her EDAs. So she not only made a point to have her management stay in contact with the list, she even occasionally posted to the list! Again, this is happening in 1996.

So as the list began whipping themselves up over the possibility of Jewel giving them a concert, they reached out to Jewel's management contact on the list to ask her to get in touch with Jewel to see if this was at all feasible. In June, Jewel posted to the list that she would agree to give the list members a FREE concert. There was a BIG catch. She added that the EDAs had to handle almost all of the organization and logistics for the concert. They had to secure the location, work out all the details so that all Jewel had to do was show up and perform. 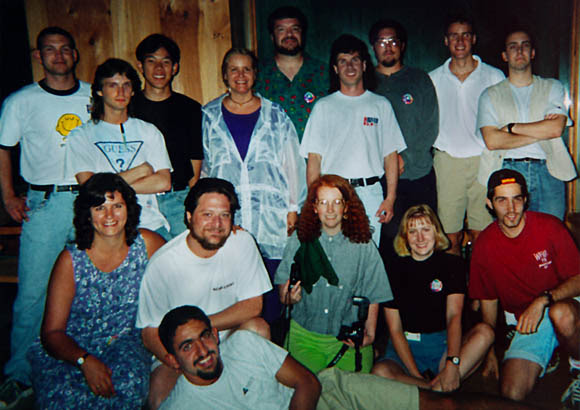 Kids in a candystore! First you take an artist's biggest fans, and you agree to give them a FREE concert. Then you give them the responsibility of organizing the event? Are you kidding me? The list members went apeshit, a core 'planning' group (including Jewel's mom/manager) was assembled that would secure the location, etc. The group settled on a theater close to the site of the original WoodStock in New York, and gave the concert the completely obvious title of JewelStock.

But that was half the battle. Now the group had to find a way to get all the EDAs TO the event. And there were plenty of people that needed rides. EDAs from as far away as Oregon, California, and Canada were committed to getting to JewelStock. So the group created a separate website that contained local lodging information, along with lists of EDAs that were available for carpooling to the concert, and their contact information. The EDAs dubbed the project of getting everyone to JewelStock 'Angel Needs a Ride' after one of Jewel's songs. One more time, this is all being organized online, in 1996.

The group created tee-shirts and buttons for the event. A list member snagged Patti Griffin to be the 'opening act'. Jewel had agreed to give one free concert to EDA members only, but the concert had created such a buzz that many non-EDAs wanted to attend, so Jewel agreed to add a second concert the following night that was open to the public on July 19th, 1996. An admission fee of $15 was charged for the second concert, with all proceeds benefiting the Bearsville Theatre, where the concerts were held, in 'big red barn' in the pic above.

What I love about this story is how Jewel was smart enough to give the ownership of this project over to her diehard fans, and then to see how they ran with it. They organized the event, they organized the travel arrangements to make sure that everyone across the country and even from Canada could make it! They designed and created t-shirts and buttons (note the 'JewelStock' flyer in the pic on the right), and created websites to get information to each other. One last time, this happened in 1996. Years before terms like 'blogs', 'customer evangelists', 'social media', and 'viral marketing' were ever uttered.

But what about the concerts? Hundreds of fans from ages 15-50 heard a staggering 7+ hours of music over two nights. 64 songs total with FIVE encores. Jewel stayed after the concert both nights to meet with her fans. Check out the reviews from the EDAs that attended.

All of this happened because one artist reached out to her biggest fans, and gave them a sense of ownership in something larger than themselves. When that happens, magic is sure to follow.

Jewel rocks! I have been a fan of hers for over 10 years, after I first say her perform. I had never heard of her. Her performance blew me away. Thanks for sharing.

Lewis, Jewel is a completely different artist live. She sings differently, the music is more intimate. That's why I hate so much of her last couple of albums, she's getting away from her live roots and getting too 'popified'. A big reason why Pieces of You was so great was because it was recorded live at the same coffehouse where she was discovered.

And her marketing sucks now. NASCAR and Nashville Star? Totally inconsistent with her music. And she has done less and less with her EDAs over the years. The 'EDA-only' shows used to be a staple, but I don't believe she's done one in years.

If she would get back to her roots of working with her EDAs and record ing music that's aimed at her hardcore fans, she'd be a hit. She's been trying to make 'radio-friendly' music with the past 2-3 albums, and they have sucked as a result. Most of her best music has never been released, and probably never will be.

Totally agree, Mack. I was a huge fan of Jewel with Pieces of You, but nothing she's done since then has inspired me to listen to her much again. Your explanation (rant!) might just be why...

It's a great case in point of where an artist needs their fans to start with and then sort of forgets them once she's there.

Like an older, wiser person once told me: "Dance with the one that brung ya!"

Artists frustrate me so much when they're "trying to grow" and "evolving." (I guess I should factor the labels in on this too, because sometimes artists just have to do what they're told.) Truth be told, the reason you're a success is because of what you did in and around your hit album. It's like Def Leppard trying to sell me their new crap. I'm like "no, but if you make something that sounds more like 'Pour Some Sugar On Me' then yeah, I'll buy it."

And with Jewel, I can't imagine were I an EDA feeling anything other than used and dumped.

she has done less and less with her EDAs over the years. The 'EDA-only' shows used to be a staple, but I don't believe she's done one in years

Totally inconsistent with her music. And she has done less and less with her EDAs over the years.

Her performance blew me away. Thanks for sharing.

The 'EDA-only' shows used to be a staple, but I don't believe she's done one in years

I was a huge fan of Jewel with Pieces of You, but nothing she's done since then has inspired me to listen to her much again.

Jewel rocks! I have been a fan of hers for over lot of years,