So who cuts the cake? 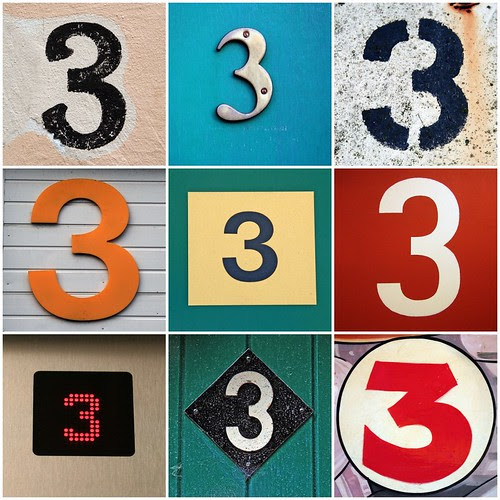 As of yesterday, The Viral Garden is officially 3 months old. When you're in blogging, you get to count the anniversaries more often, since most haven't been around for a year or more ;)

I've heard so many bloggers state that their main regret about blogging is that they didn't start sooner. That's the only regret about having my own blog, I wish I had started sooner. I seriously thought about breaking off last December, and decided not to. In January and February BMA got on a hot streak, but in March traffic seemed to be levelling off, so I decided to move here. Perhaps by coinky-dink, or not, but BMA's traffic began to surge again in April, and continues to grow.

Thankfully, traffic continues to grow here as well. That first week I think myself, Andrea, Ryan, JD, and Jordan were the only visitors here. Course they were the only ones that knew about the blog, which was back when it had the horrificly bad name of 'This Parachute is a Napsack!'. Since then, we've gone from 5 visitors a day, to last month a 1-day record of over 700.

But as I've always said, it's not about traffic, it's about readers. When I came here from BMA, I had maybe 5 or 6 blogger friends that I read their blogs religiously every day. That number is up to around 30 or so now. That's not all the blogs I read, but the people that I now know enough to call them friends, and the amazing thing is, this community grows every day. It used to be that I would find a great blog and start reading it, now I can read David's blog and see where he's found Mario's blog, and I connect with Mario that way. Of course my sis has been great by bringing me to Daily Fix, I can't thank her enough for that, not only for the extra exposure it has given me, but in putting me in contact with so many great marketing bloggers. This has really become a Viral Community that's growing and spreading every day. I wouldn't have it any other way, hell I'm even connecting with bloggers at my MySpace page!

The popularity of the Top 25 Marketing Blogs list just continues to amaze me. The first list, from back in April, has now been linked to over 40 times, and a new link pops up every few days. Heck the list has even grown to the point where it is getting MSM attention (watch this space!). I really did start it because I thought it would be a fun way to track the top marketing blogs. Everyone seems to love it, so I'm glad I could give something back to the community!

What's next? More fun, of course! I promise not to leave if you guys don't! ;)


Pic via Flickr user lwr
Posted by Mack Collier at 11:46 AM

Hey, 3 months is a great occasion and definitely one to celebrate. It's been great to watch VG grow. In internet time 6 months is when the blog can start drinking, so that, I think is the next mark to pass.

Thanks Chris, but I dunno....I've already been accused of drogging blunk before...

Awww..your the best brother a girl could wish for. Thanks, Mackeral..! (But Mom still likes me best.)

The MarketingProfs Daily Fix is also 3 months old, as of today. And I agree -- both vicariously via you and from my own experience -- nothing compares to watching your kidsl grow. WOW.

Congrats on the three months. Your website is a must read for me everyday. What I like best is not only the fresh viewpoint, but the fact that you foster opinions, whether they agree with you or not. Plus, you always take the time to comment back, which a lot of other "A-list" bloggers don't do any more.

Ehrm...I have a tendency to call our little community incestuous, but in this case that would seem to be a bit....over the top...too close for comfort....

Mack, you know we're big supporters, so as far as we are concerned, keep up the good stuff!

Congrats Mack. Happy 3 months! (not sure what else to call it). It's been a great ride for VG.

OK, are you and Ann really related or was that whole sis thing just a term of endearment. WTF? Am I the only person who didn't know this?

Happy Birthday, Mack! Looking forward to further building the community. I am intrigued by the MSM comment.....
Eric

DA we can't give away all our secrets....gotta stay busy Building a Mystery....

Everything is accelerated in the blog world. In fact, blog years are a bit like dog years. (Actually, a blog month is a bit like a dog year.) Among my dogs, my black Lab Maisy, who is 5, is really the responsible 35-year-old of the pack of four. Similarly, I place the actual age of Mack's 3-month-old VG at somewhere around 21.

Congratulations Mack! You have shown what 3 short months can do when you focus on quality, community, and authenticity.

Thanks for doing what you do.

Congratulations Mack! You have shown what 3 short months can do when you focus on quality, community, and authenticity.

Thanks for doing what you do.

To be honest...I thought you've been around for longer. I appreciate the content you post on your blogs and more importantly your embrace of the marketing community, which in essence is what blogging is truly about.

Ann, congrats on the success of MarketingProfs. I saw your post on Techmeme yesterday. Way to go!

Big ups on the three month mark. You're the blogger most of us wish we could be! Glad I've been along for the ride.

What more can be said??

Congrats Mack, and keep up the great work.