What role does your blog play? 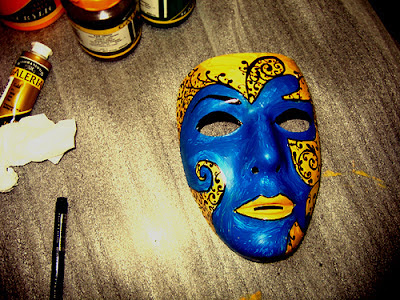 I blogged a few days ago about how I'm spending more time on Twitter lately. As a result, I've dramatically increased the number of people I am following, and thankfully, a lot more people are following me.

But I've begun to notice that everytime I 'get on' Twitter, as soon as I start leaving messages to other users, I begin to get referrals here from Twitter users. And I also usually get more follow requests. Sure I get some referrals and follows when I'm not on Twitter, but both seem to spike as soon as I get on Twitter and start pecking on the keyboard.

And I'm definitely not alone, Paul Chaney recently check his referrals and found that most of the traffic to his blog was coming from social sites such as Facebook, Twitter, and other blogs.

I think this is a sign of the times. Two years ago if you wanted to find me or most other bloggers online, you found them at their blog, or you possibly bumped into them commenting at another blog. Now they could be on Facebook, or Twitter, or some are still on MySpace.

The blog, at least for me, has gone from being my main/only touchpoint with the rest of the blogosphere, to being one of several places where you might find me. And one of several places where I might find you. Many of my regular commenters (PS you guys kick ass) aren't on Twitter from what I can tell, and the majority of the people I know on Twitter, have never commented here. So each place has its own community in a way. There's some overlappage, but each has its own unique identity.

This is why I never understood the whole 'blogging is dying' bellyaching from some bloggers a few months ago. It's not that blogging is dying, it's just that there are now more options and formats for connecting with other people online. If used properly, I think all the social pieces can fit together and make the sum larger and more valuable than it was. But I think that whether it's an individual wanting to grow their personal brand, to a company that wants to better reach its customers, we have to look at the complete social media pie, and consider that blogging is now one of many social touchpoints.

What are your thoughts? Is your blog's role different now than when you started it? Still the same?

Pic via Flickr user place light -on a project

Does your blog need a checkup? Click Here to get yours!
Posted by Mack Collier at 10:15 AM

Thanks for the mention Mack. I appreciate it.

Sometimes I start to feel guilty for not blogging more frequently, then I realize that the blog is only one of many ways I'm connecting with people and companies online. There is definitely "overlappage," as you put it, and I always notice a spike in blog traffic when I post a link on Twitter.

Unfortunately, we tend to put so much emphasis on Technorati rankings, etc., that we downplay the importance of connecting elsewhere, as if it doesn't count unless it happens on the blog. Months ago I claimed my Twitter page as a blog on T'rati; it now has an authority ranking higher than some blogs. What's the significance? None. It's just interesting to see how many backlinks I've gotten to my Twitter account.