Does the size of a blog's community affect its conversation? 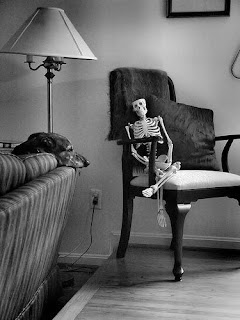 A few days ago Lewis left a post at Daily Fix that John Moore left this comment to:

Dissenting opinions are something the MP Daily Fix could benefit from.

My immediate knee-jerk reaction to reading this was to think that DF was hardly unique in this regard, that most of the blogs I read have little disagreement in the comments section.

But then I got to thinking about the blogs I do read, and realize that there was a common bond, in that I knew and liked these bloggers. And their readers liked them. These were people that had popular blogs and that had built vibrant communities for themselves, communities of readers that love what they write.

Then I got to thinking about what happens when I read an 'A-Lister' blog. Usually it's someone that I really don't know, so I quickly scan their post, but I spend most of my time reading the comments.

Why? Because there are usually more comments (because the blog has more traffic), but there's also more disagreement. This disagreement usually spurs discussion, and that's what captures my attention.

I thought about how my reading habits differ for blogs as I read Ann's latest post. Ann's new blog only has 2 posts, but already has close to 60 comments. But I'm not there to read the comments, I want to read Ann's writing. I'm sure most of the other readers, and commenters, feel the same way.

But when I read Scoble's blog, it's the comments that capture my attention moreso than his posts. Because he is almost always challenged early and often by his readers. So he has to re-examine and even defend the points he's making. And sometimes he can't, and will admit that he was wrong and that a commenter was right.

I think what happens when a blog has a close community, is that many times the readers have great affection for the writer, and even if they disagree with something the blogger has written, they are less likely to comment. But with Scoble, his audience is too large for him to know everyone. Many of his readers don't know him at all, so if they think what he's posting is BS, they feel no reason not to call him on it.

Have the rest of you noticed this? Personally I love it when someone presents a counter-point to mine, because that makes it more likely that people that agree with either side of the issue will chime in. Which means the conversation has a better chance to grow.

Does your blog need a checkup? Click Here to get yours!
Posted by Mack Collier at 11:42 AM

Because a strong community has formed with these 20 contributing bloggers, supportive comments like, “Great post” and “I agree” appear frequently. Some might even call it a “love fest” of comments. I would like to read more dissenting opinions on the MP Daily Fix. But that maybe just me.

Keep in mind, I enjoy the MP Daily Fix. I enjoy it so much that it won my 2007 Marketing Bloggers Bracketology tournament. In praise of the MP Daily Fix, I wrote this last April …

“Ann Handley has compiled a strong tail list of interesting marketers sounding off on relevant marketing matters. Andrea Learned, Jeanne Bliss, Stephen Denny, Ted Mininni, David Armano, CK, and Lewis Green all consistently post worthwhile reading for any marketer. Add in some of the infrequent contributors like Spike Jones, Jill Griffin, Mike Wagner, Debbie Weil, Roy Young … and you have a stable of marketing bloggers that are unrivaled.”

"Because a strong community has formed with these 20 contributing bloggers, supportive comments like, “Great post” and “I agree” appear frequently. Some might even call it a “love fest” of comments. I would like to read more dissenting opinions on the MP Daily Fix. But that maybe just me."

But I think on larger blogs, like Scobles. you have the same community of readers that love Scoble, but I think you also have a larger group of readers that aren't really a part of his 'community', and are more likely to disagree with him, and voice those disagreements.

The communities that arise around sites like the DailyFix are attracted to "likeminded thinking". That is, in a world of hyper information it can be comforting to read something that you can agree with (and realise your thinking is not far off).

However, there are also the unspoken community rules. For example, Scoble encourages discussion and disagreement -- it may not be there in each post, but if you read the comments you pick up on the community vibe (what is acceptable or not).

So, while yes the size does affect the conversation, I think there are other factors at work as well.

The Fix is a love fest? I could link to a few of my old posts that would cure you of that preconception... but in general, I'd say you're correct.

A lot of blogging centers around "liking" - we collect readers because they agree with us. This is fine because we're naturally drawn to those "like us."

We are also drawn to "A-listers" who are heavy traffic draws because they are "authorities," usually by virtue of a book or two.

When A-listers blog, they often turn into monologues - Seth Godin doesn't accept comments -- or micro-soapboxes with comments serving no other purpose than touting their start-up. Scoble's, Peters' and Guy Kawasaki's blogs often can be described this way today.

Blogging is a wonderful way to clarify your thinking and to get feedback from other smart people. More dissent would be a function of the nature of the post, though, wouldn't it?

"For example, Scoble encourages discussion and disagreement -- it may not be there in each post, but if you read the comments you pick up on the community vibe (what is acceptable or not)."

Gavin in what ways does he 'encourage' discussion? Not challenging you, I'm honestly interested as I think that would make a great post on how a blog can encourage discussion.

"The Fix is a love fest? I could link to a few of my old posts that would cure you of that preconception... but in general, I'd say you're correct."

Stephen I got slammed pretty good in my first ever DF post, plenty of disagreement. I believe I even linked to a post by Tara Hunt in building my argument in the post, then Tara came and left a comment basically disagreeing with my point! LOL

But then again, that post had like 30-40 comments I believe, so the differing opinions led to more discussion.

I think in the end, we as bloggers need to do everything possible to encourage everyone to feel free to leave feedback. I actually WANT to see opinions different from mine left here. One time a guy emailed me and said he disagreed with the point of a post I had left, so he wrote about it on his blog. So I went back to MY post and added a link to HIS post.

I think there can get to be a fine line between disagreeing and arguing, and that's where the problem can lie.

I try extra-hard to be controversial in my DF posts. I've not always been successful (but that may be because no one but my friends read and considered it).

Stephen has a knack for the art like few I've seen!

I agree. Most of my readers visit me to read me. It is the new readers (and Cam, sometimes David R. and John M.) who are most likely to challenge me. And you are also right that I receive about 100 readers (I call them listeners) a day. Not a large number compared to Scoble or the Fix.

I can create controverial posts if I want more comments, but while I wish to get more comments, my first responsibility is to write for those readers who make up my ideal audience. Many of them come to bizsolutionsplus to get new ideas, because they aren't in the marketing/communications fields. Since they are trusting me to know of what I speak, and because they are not in my field, it is unlikely they will choose to disagree. Those in my areas of expertise (such as you and CK), visit less frequently and you do visit primarily to see what I am writing.

Great post. I'm tired of feeling like I've got to agree with everything I'm reading. Just going with the flow. Your post has convinced me that my view of the marketing blogs I read should be shared...when necessary. I am really going to start letting it fly now.

I wouldn't call DF a love fest. I see nothing wrong if someone agrees with a post and simply says, "Good post." But I've seen plenty of discussion and disagreement. The disagreements are usually not strongly worded -- most of try to be respectful and gentle in our criticism. Part of it may be we've come to know and like each other through DF and other blogs, so we try to avoid being too strong in our dissent. But there is dissent, for sure.

I am still at a total loss as to what topic brings comments and what doesn't. We all like to get lots of comments, but as someone said above, if you write something that gives both sides and then wraps it up neatly, there may not be much room for comment other than "I agree" or "Nice post."

So does that mean we write to stimulate comments, or write to discuss a topic and present all sides of it? That's our individual choice.

I never really looked at blogs that way. However, I agree that there are some blogs you read for the actual posts and other blogs you read for the comments that follow the article. It doesn't necessarily mean that the actual post is not worth reading at all. It's just that such blogs provoke you to think and gather more ideas from the conversation of comments involved.

Sorry for the delay in responding on your question ;)

Scoble seems to use a combination of tactics that provoke a response. These include:
* Goading his audience - I particularly like "What you all are missing about google".
* Argues in his comments - He takes a strong, rough line in his comments "if you havent already read it, then you are one of three people living under a rock"
* Democratizes the A-list - He calls on other high profile bloggers to weigh in on issues - but in his forum rather than on theirs

Finally, Scoble also provides open play for all comers. There are on-topic comments and there are others that are left of field.

The dynamics of this would certainly make for an interesting series of posts ;)