Is $3 Million better spent on top-down, or bottom-up? 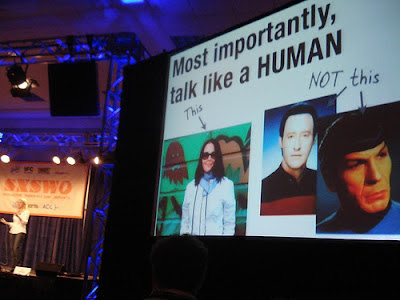 It's that time of the year again. Time when we hear the exorbitant prices that advertisers will pay for a 30-second megaphone blast of advertising during the Super Bowl. It seems that the price tag this year for 30 ticks of advertising-goodness will set you back close to $3 million.

This got me, and others wondering if there might be a better way to spend $3 million. My thinking is, instead of going for a top-down blast of one-way advertising, what if a company spent that $3 million on a bottom-up effort designed to engage and excite customers?

First, let's hire a community manager. Someone that is absolutely passionate about the idea of listening to and empowering customers. People like CK, Tara Hunt, Chris Brogan, and Connie Bensen. I asked Connie via Twitter about salaries because I knew she had done some checking into this (here's a great post on her blog going into more detail). She said the salary range she found was $50K and up. Let's set the salary/cost for this position at $100K.

Second, let's hire some bloggers. But not really bloggers, people that will write at a blog, but that also understand the importance of engaging readers and fellow bloggers in their spaces. People that understand that much of the work required in growing a blog happens OFF the blog. Perhaps it would be more accurate to think of them as 'community advocates', people that understand the importance of engaging with current and potential customers online, and giving them a voice within the company. You'd be looking for people like Lionel Menchaca, Tim Jackson, and Jeremiah Owyang. Let's say the salary for these positions would be $60K each, and let's hire 5 for a total cost of $300K.

But what about offline? One of the great things that LinkedIn did last year was to start having meetups with its users. This is absolutely important, because a company needs face-to-face time with its customers, and it's also great to let customers meet and come together to form a community. Let's say you do 20 of these across the country at a cost of $5K each. That's still only $100K. And really if you think about it, this is about your evangelists (is your average customer going to want to attend a party to meet you? Probably not). So since these meetings are about meeting and bringing together your evangelists, let's create a position to facilitate the offline meetups. You're looking for someone that understands the importance of customer evangelists. Someone like, obviously, Ben and Jackie. Let's set the salary for this position at $100K.

Even with all this, we are still only at $600K. That's five seconds of Super Bowl advertising. There's no doubt areas I have overlooked, and there's probably more money that could and does need to be spent, but I don't think it will come anywhere near $3 million. And I also don't think the 30-second SB ad would be anywhere near as effective as this 'grassroots' marketing effort.

There's a fundamental marketing truth in play here: It is much more expensive to attempt to create the conversation for your customers, than it is to listen to and engage in the existing one. SB advertising might be sexier to big companies, but that doesn't mean it's as effective.

Pic of Kathy Sierra at SXSWi via Flickr user Brianfit

Does your blog need a checkup? Click Here to get yours!
Posted by Mack Collier at 10:53 AM

That's really it, Mack. $3M goes a long way. And we could really stretch this into a long span of engagements, coordinated towards a larger community feeling.

That said, you never get fired for buying IBM, the old saying goes. I think that's what's at play here. If you don't buy a cheesy ad that makes me laugh and instantly forget what you were talking about, you're not doing your job.

Interesting. I might even take a swing at this exercise, just for entertainment value. : )

And if you don't spend all of your ad budget, you lose it, that's at play as well. It's what sexy vs what works, IMO.

I can buy an awful lot of books with that.

Whats missing here is a comparison of viral marketing and more standard Cost Per Acquisition marketing.

As much as I agree that engaging the customer can reap a lot more rewards, unless you back it with numbers that outline the real ROI and risk you wont get companies to turn the corner.

"As much as I agree that engaging the customer can reap a lot more rewards, unless you back it with numbers that outline the real ROI and risk you wont get companies to turn the corner."

Yep that's a big problem because so much of this is emerging as we speak. Even those of us that are using these tools every day are still pushing the boundaries of what is possible, which makes it very difficult to show companies how they can come up with a formula to spit out a number on a balance sheet.

But don't forget to gross up the salaries of all of those people for benefits and taxes. Plus the internal soft and hard costs of reengineering operations to truly take advantage of social media opportunities. You might have to also staff up in PR, legal and corp comm, not to mention interactive marketing and IT.

I think the assumption that a Super Bowl ad has minimal impact is false; the media are already talking about Anheuser-Busch, Bud, and Bud Light well in advance of the game.

Ultimately, there is one thing that a Super Bowl ad and a Social Media program have in common...they're both difficult to measure.

Mack,
It's is an interesting exercise to try to determine what could be done from the grassroots with all that money. The thing that is definitely hard to measure is that creating a grassroots community of evangelists is a LONG-term strategy and a Super Bowl ad is a very SHORT term tactic.

On Peter's point that the press is already talking about the Bud ads that haven't aired yet: yes, having the ad is getting them publicity. But is it getting them more beer drinkers?

Peter I wasn't intending the post to be an example of how a complete social media campaign could be launched. That's why I cut the post off because I realized that I was about to get completely away from the point I was trying to make, that I think the bottom-up method is more effective.

And Jackie nailed the relevant point here, in that it cannot be denied that a well-done SB ad gives a ton of short-term buzz, but does that buzz translate into long-term results? I don't think it could as effectively as the bottom-up approach would.

Well some say they watch the Super Bowl just to see the commercials, but I wonder about the ROI too?

Is it more a case of tradition? (I don't watch football nor the superbowl - maybe that's why I fit into the Community Mgr area?! :) )

Surely nobody can really justify this kind of spend with no way to measure the true return? Then again perhaps some can.

Personally I would much rather spend the money on a full blown marketing campaign.

Definitely solid ideas. Think about creating a series of online videos that may potentially go viral, and will stick around for years to come.

Invest in SEO and SEM.

Why are they mutually exclusive? If you do both, you're probably better off than doing one or the other from a branding perspective.

"And I also don't think the 30-second SB ad would be anywhere near as effective as this 'grassroots' marketing effort."

The biggest issue I have with Super Bowl ads is the only ones who can afford the national spots are brands that need to introduce major changes or innovations to draw any attention.

How many people are particular about whether they drink Pepsi or Coke? How many can be convinced by a CGI Coke commercial or celebrity-filled Pepsi commercial to switch? The same with people who use Fedex over UPS, Bud Lite instead of Miller Lite, etc.

For those consumers that don't have a preference, using a commercial doesn't convince them. They would need a new offering (product or service). For example, someone says I only use UPS because they have overnight guaranteed delivery by 10am. If FedEx starts guaranteeing overnight delivery by 8am, that's something that might gain customers for FedEx.

That may have been a little confusing, but I hope it made sense.

I think that the web can now extend the effectiveness of SB ads a bit in that now, they can all be up on YouTube sometimes even before they run, and have a much better chance of going viral.

But it's about big brands holding what they have. I don't have to read AdRants to know that every beer commercial will be aimed at making the 18-34 male demo laugh. That's it. Pepsi will probably have a rockstar, and if Sierra Mist has an ad, it will be something funny involving animals.

As Jackie said, it's a short-term burst that doesn't yield long-term results. Can anyone say that a SB ad has ever influenced a future purchase decision? I can't. But I find many of them funny. Just not enough to move the needle to make me open my wallet.