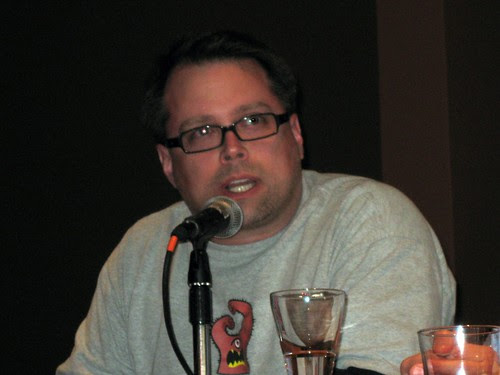 For a while now, companies such as Dell and Zappos have been getting attention from their great external social media efforts. But what about internal efforts? Is it possible for large companies to create an internal effort that gives their employees the ability to connect just as many companies are wanting to see their customers connect?

Gary Koelling and Best Buy thought so, and launched what has become the wildly successful Blue Shirt Nation for Best Buy employees. Here, Gary walks us through how this effort came to be, and what they've learned.

MC- First, why go with an internal social network for employees, rather than an external one for customers? Was it a conscious choice that Best Buy made, or did the idea of creating Blue Shirt Nation make sense and you ran with it?

GK - When we first build BlueShirt Nation (BSN) it was an attempt to solve a specific problem. We wanted to get employee and customer insight that could lead to better, more relevant advertising. We never got a direct answer to that although you could argue it led to us to better advertising eventually. Any way, the users made it into a social network. Steve Bendt (the other founder of BSN) and I just happened to have the good sense to stick with it - whatever it became. As it turned out it became quite a phenomenon - a combination of the right executive sponsorship (new at the time), timing - social media was rising and the right target - most of our employees are very early twenties. Perfect storm. As to your question of why internal versus external - culturally we weren’t ready to have that kind of relationship with our customers. It’s only after three or four years of practicing on each other and getting familiar with where all the social media buttons and switches are can we even begin to try things with our customers. Some work out. Some don’t. But I point to our own social culture as a basis for even trying with our customers.

MC - Of course these days everyone is wanting to hear about how to measure the effectiveness of social media programs. But since BSN is an internal effort, how does Best Buy decide what value is being created by BSN for the company? Are you focusing more on numbers, or helping your employees connect and share information?

GK - What are numbers? I can tell you how many unique visits I get in a day or week or month. I call tell you what the bounce rate is, avg number of pages viewed, time spent on the site, number of articles, comments, votes. I can tell you what our employee turnover is now versus then or how the level of participation has gone up in our 401k program. We could look at customer satisfaction scores and correlate that to BSN participation. I could correlate half a hundred metrics we watch as indicators of how we’re doing as a business with half a hundred metrics we watch as indicators of how we’re doing as a social network and probably correlate half a billion dollars in growth or savings as a result. One reason I don’t is because I don’t care, it doesn’t interest me. In fact it makes me sleepy. The other reason is that my sponsors have never asked for it. Not only do they see the value but they understand what happens when you measure things you don’t fully understand. A machine, any machine, will tend to become its own criteria. If I measure how effective BSN was at reducing turnover, it would become a machine that reduces turnover. I’m sure it does or doesn’t have an effect on turnover. The bottom line is it’s a network of humans, a true and thriving and vibrant network and every time someone uses it, it’s more valuable to the next person that uses it.

GK - I never saw any of it coming. It’s all been a surprise to me.

MC - Blue Shirt Nation is hailed as a great case study for how a company can use social media internally, but how has it impacted your external social media efforts? Do you think that starting with an internal effort first has made it easier for your employees to engage with customers via social media?

GK - There is no internal or external. There is only public or private. Not only has it made it easier, it has made it possible.


Thanks again to Gary for pulling back the curtain a bit on what Best Buy has and is doing with Blue Shirt Nation. Make sure you follow Gary on his site, and on Twitter. And if your company would like to be considered for a future interview in the Social Media Mavens series, please email me. Look for the next interview in this series in two weeks!


Pic of Flickr user toprankonlinemarketing
Posted by Mack Collier at 11:15 AM

Dear Mack,
thanks very much for this one.
It's nice to see what can happen when people put their min to something and have the courage to do something new. For many companies social networking is frightening as they just don't know what their getting into. So I really enjoy seeing how simple but logical the approach at Blue Shirt Nation really was.
Two things I believe other companies should copy from Best Buy:
1. Implementing an internal social network community to train their employees before they get in contact with customers is very smart. Many companies use Facebook, Twitter, etc. and scare people of because they simply use it in an inappropriate way.
2. As Gary points out "it’s a network of humans, a true and thriving and vibrant network and every time someone uses it, it’s more valuable to the next person that uses it." There's no loosing in it when you stick to it.
In the long run when you think of it. No company will be able to avoid using social networks even internally. Every year thousands / millions of new young employees join the corporate world are used to social network communities in their lives. They will expect them in their company as well.