What is social media marketing and how can you use it effectively? 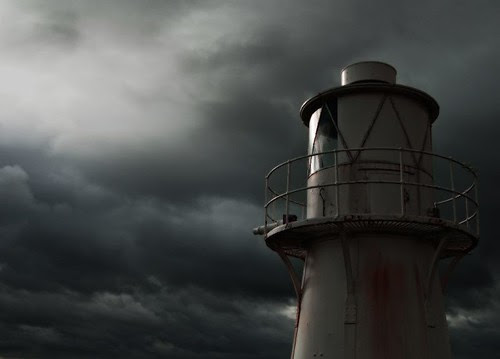 Peter Kim asks an interesting question, wanting to know the definition of the term 'social media marketing'. On the surface, it seems like an easy question to answer. It's just marketing using social media, right?

Many companies are no doubt working under this assumption. I think the problem with viewing SMM as being simply marketing through a new set of tools (social media), is that you assume that the 'new' tools function just like the 'old' ones do. The difference, in fact the KEY difference, is that while many of the 'old' tools such as TV ads, radio spots, and coupons are ONE-WAY communication channels, social media is TWO-WAY. And the quickest way for a company to totally botch its efforts with social media, is to treat social media as being a ONE-WAY communication channel.

When you realize that the customers you are trying to reach via social media can quickly and easily interact WITH you, then that changes the dynamics of the interaction. Suddenly, you have to go from blasting a one-way broadcast, to trying to engage your customers.

Another key difference in marketing via social media, versus marketing via 'traditional' channels is this; social media does NOT work well as a direct-monetization tool. But it works famously well if you try to INdirectly monetize your marketing efforts via social media. Again, different tools, different set of rules. People aren't using social media to receive your advertisements, they are using social media sites and tools to connect with each other, to interact and share content and information. If your company effectively uses these tools in the same way, then an INdirect result will be that your company's awareness online, especially among those active on social sites, will grow. As a result, that should lead to a boost in positive online mentions of your company. Which should lead to increased sales. It all happens INdirectly.

On the flipside, if you launch a blog and all you do is tell customers to 'buy your stuff', then your efforts not only won't work, but you will do harm to your company's image. At SBMU, I referenced Graco's blogging strategy. Instead of using its blog as a direct-promotional tool, Graco positioned its blog as a vehicle to reach parents, and to discuss parenthood with them. Very little promotion of the company is involved, instead, it's a blog written by parents, for parents. As a result, mentions online of Graco have almost doubled since Graco launched its blogging strategy, and positive mentioned have increased from 68% to a staggering 83%. That's the power of a well-positioned blog.

If you want to utilize social media successfully as a marketing tool to grow your business, then you have to use social media sites and tools in the same ways that your customers do, and for the same reasons. You have to accept the community's rules, you can't make your own. Social media isn't a one-way broadcast/promotional channel, it's a two(many)-way interaction/communication channel.

Pic via Flickr user dogfrog
Posted by Mack Collier at 8:46 AM

Another key difference between these tools and more traditional ones is that they will be used whether or not you deploy them. If you are the X Cancer Foundation, and people want to discuss you or X Cancer, they will do it regardless of whether social media tools are on your radar screen.

As a charity, you can decide whether or not you want to use TV ads, but you ignore social media at your peril.

Wow, thanks for posting the Graco example. That's a good one.

A friend and I this morning were discussing why it's so hard for some people to understand the concept of social media as marketing or communications tools. We came up with this theory:

There are exceptions, but in general, I think that fits with the people I know.

Your comment on indirect monetization is spot on! I've been likening it to a "Courtship". You could go the way of the "Pickup Line" (traditional advertising) or you could try being helpful, authentic and relevant. The latter is more likely to result in a long-term relationship (assuming that is your goal with customers - as in lifetime value). So in real terms, moving a person met on Twitter, Plurk, Pownce, Seesmic, etc. to explore your blog or your past posts. This is like a date - an opportunity to learn more about you to determine if you're interesting enough to continue.

Alright - I'm rambling! I enjoyed and support your thoughts!

"Another key difference between these tools and more traditional ones is that they will be used whether or not you deploy them. If you are the X Cancer Foundation, and people want to discuss you or X Cancer, they will do it regardless of whether social media tools are on your radar screen."

Bill that is a fantastic point! There's likely already a conversation happening about your cos/organization online, only question is if you want to be a PARTICIPANT in that conversation, or not. Great point.

JSD, the main point that many social media contrarians will offer as reasoning for why SM doesn't work, is that it's hard to make money off of it. But that's because they apply 'traditional' marketing thinking to social media. They think of SM as just another direct monetization channel. When they can't make that work, they think it's the TOOLS that don't work, not their strategy.

Best way for companies to use social media is in the exact same way that their customers do, and for the same reasons. If done properly, business growth will happen as a byproduct of these efforts.

Businesses also have to understand that they no longer compete only with other businesses for attention, they compete with consumers too - with everyone. And, consumers do all they can to be as nice and attractive to others as they possibly can. They listen, share and interact. Businesses have to start learning the rules in this new environment to be able to enjoy all the advantages there are in terms of getting feedback, suggestions and improvements on products and services.

A business immersing itself in all these conversations going on will have a huge advantage. And customers will become more satisfied too.

Great post. People have already elaborated on the main points of the post. One that might go less noticed is the idea that since social media is all about conversation, if a company/marketer can add useful content to a social media experience, they will be a welcome "guest" in that digital living room. It's really hard to do that..."What I have to create products that people want and content too?" Well, yes. Having desirable products is becoming fundamental (should always have been the case, but big budget marketing, and the lack of truly public forums masked bad products) but now this desire for content represents a huge opportunity. Takes real thought, effort to be relevant and show up in the right places. But it's the biggest opportunity I've ever seen in my consumer products career.

I would also add that social media marketing does not fall into campaign cycles. It is longer term and can build and regenerate over time. Something that is posted one day can still remain relevant years later.

"If you want to utilize social media successfully as a marketing tool to grow your business, then you have to use social media sites and tools in the same ways that your customers do, and for the same reasons."

What are the reasons customers are using social media tools? To connect with others, build relationships, and share a little bit of themselves. The only way to do that with a "company" is to help customers to see the company as being more "human".

This is how I explain it to my Marketing via New Media students at UC San Diego. People don't buy from corporations; they buy from other people. Customer loyalty is most effective where customers feel engaged with a company. Using social media helps put this "human face" on a company and builds trust, which builds relationships.

Thanks for asking the question, Mack!

HI Mack, Great Post and some excellent comments from your following.

Because of our online exposure, our residents and potential residents know our name; they feel as though they know us before they ever rent from us. Hey, I feel like I “Know” Frank from @comcastcares, and that he can and will solve my problem, and he has. It seems as though things are coming full circle. The grocer used to know your name, knew what cut of meat you liked best, the pharmacist knew your family and knew when one of us were ill.

While we may have drifted from community via the big box stores and shout at them marketing, Social Media is returning us back to community via conversations, one at a time.

Nice post, Mack. One of the things I'm saying to clients is that social media and marketing works in your favor when you, the marketer, fit in with the space, the community and its agenda, rather than expecting the space to fit into yours. In two recent posts I talk about how well GM Saturn and Quinny strollers did this with the Manic Mommies podcast and how Staples kind of flubbed with Mommycast. "GM Saturn shows sense and sensiblity" at http://socialmediasoapbox.wordpress.com