The Cluetrain Manifesto at 10 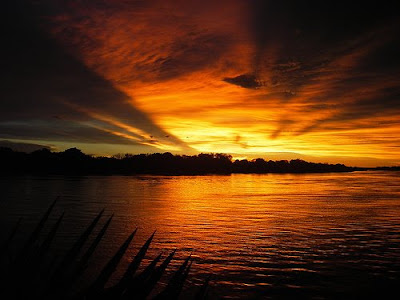 Dell's Richard Binhammer was kind enough to ping me in a meme going around about The Cluetrain Manifesto as it approaches its 10th anniversary. Unfortunately, I got this as I was planning/packing for Houston at SBMU, so I had to wait till now to post my thoughts.

1) What does the cluetrain manifesto mean to you? How has the book and theses influenced or not influenced you?

I have a bit of a love/hate relationship with The Cluetrain Manifesto. I love the core ideas and hate the way they are presented. I found three central themes from TCM:


These themes are then beaten into our skulls for the next 200 or so pages. I think the problem with the book is, the authors had some pretty revolutionary ideas they were tossing about, but instead decided to devote most of their time to ranting about how big companies have no clue and how empowered markets are. The book ends up being very short on examples of how companies can apply these new ideas to improve their business processes, and very long on explaining how we(the customers) are right, and they(the companies) are wrong.

For example, if the book had devoted time to expanding on the 'markets are conversations' idea to its logical conclusion (good marketing then must involve engaging in a conversation with your customers), then the book's value would have been immense. But it seems that the authors weren't interested in creating a work that could help companies improve their marketing, so much so as they were wanting to thumb their nose at them for being 'clueless'.

Now having said all that, the book has definitely influenced my writing here. I make a point to offer up examples of how companies can tap into their markets and better improve their marketing. One of the first posts I left here in early 2006 was on the idea of companies 'joining their community' of customers. I think it's fine to call out companies that aren't getting it, but in general people tend to put up a wall when they hear ideas wrapped up in a rant.

2) Which companies have best implemented the cluetrain manifesto in your opinion and how were they effective?

Of course Richard pinged me on this cause he knew I'd mention Dell here ;) But seriously, Dell does a great job of tapping into the conversation that's happening among their customers, and even joining that conversation. I think in general that tech companies and startups have done a bit better with social media and tools that connect them with customers. Probably because of the high 'geek' factor among that industry, which makes many more likely to be familiar and comfortable with these tools. Moving forward it will be interesting to see how well Starbucks does with MyStarBucksIdea. I think in many ways this initiative will be a case study for corporations on the viability of social media as a marketing tool. Or at least that will be how it's being viewed among other big companies.

3) In thesis 57, the cluetrain manifesto states, "smart companies will get out of the way and help the inevitable to happen sooner." In light of that thesis, is encouraging employees to use social media and blogging a good idea? Is it really effective, when an employee is encouraged but not directed?

See I think we need to move away from the idea that companies MUST blog, or at least TRY to. Companies do NOT have to blog. But they MUST monitor the blogosphere and anywhere that their customers are, like Twitter, etc. The monitoring is what we need to focus on as being the must, not the blogging.

When companies begin to monitor, then they can begin to engage and interact with bloggers at their own pace, and this helps them decide if blogging is a viable option for their circumstances. But it starts with monitoring, not blogging.

4) How can a company encourage employees to use social media, and empower them to answer customer questions and learn from customers?

See above. It starts with understanding how we are using the tools, and what are motivations are. Observe/monitor, collect feedback, then respond. The biggest thing holding companies back with social media is a lack of understanding. Case in point, many companies think 'social media' and 'blogging' are the same thing.

5) Do all employees want to talk with customers? If not what percentage want to internetwork and converse?

Impossible to answer, but I'm sure that many employees do NOT want to talk with their customers, and many of them probably shouldn't be anyway ;)

Thanks to Richard for asking me about this!

I think of the Cluetrain Manifesto as the philosophy of social media - and the newly published Groundswell as the how-to book.

Tom I'm reading Groundswell right now. Corporate types should eat it up, and has some interesting stats.

I get the philosophy angle for TCM, but I dislike that the authors obviously had a chip on their shoulders for traditional marketing/marketers when they wrote the book. Their tone is highly divisive IMO to the very audience that needed to hear their message the most.