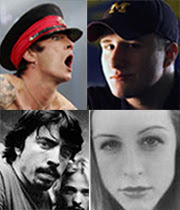 If you've read The Viral Garden for any amount of time, you know that one of my passions is discussing music marketing. And ironically, these posts, which are among my favorites, almost always receive little or no comments. They get a few links, but as far as community feedback, there's not much there. But again, I love them, and I guess the blogging lesson here is that you have to provide content that your readers find value in, but you also have to write about YOUR passions as well.

Now that the spontaneous sermon is out of the way...there's several music marketing-related stories I've read recently that I wanted to touch on;

1 - Universal is experimenting with selling DRM-free music online. But perhaps the bigger story is, it won't be via iTunes, but instead through Rhapsody. The 'experiment' will begin next Tuesday, and run through the end of next January. Amazon and Google could be added to the mix, according to HypeBot. HypeBot also has a great quote; "DRM Free Won't Save the Industry, But it Empowers Those That Can".

2 - I've been spending some time with Facebook recently, as I think everyone has. I'm starting to get the hang of the applications, but I still haven't found a music application that I like. I saw that Paul has added a widget from Apple to his blog that shows his iTunes purchases. But what I'd like to do is add an application that will let users preview, download, and BUY the music. Does such an application exist? And what about downloads, would any music that is podsafe be ok for downloading? Several of Nettwerk's artists have podsafe music, as I've blogged before TheDonnasMedia has a boatload of downloadable music from the band. I would think this music would be ok in such a situation, but not sure. I'd like to add music only from labels and artists that support podsafe music, and again, give visitors the ability to buy the music. Anyone know if anythng like this exists? Maybe Terry and Erin can create such a widget for Nettwerk's artists. 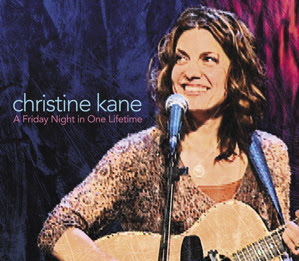 3 - If you haven't checked out Christine Kane's blog, start now. And then check out how many comments each post is getting. I think this shows why a blog works so well for music artists; because fans want more contact and exposure to their favorite artists. Christine is able to use her blog not only a promotional vehicle, but perhaps more importantly as an avenue to get to know her fans, and let them get to know her. The blog does a great job of putting Christine on the same level with her fans, and that's very powerful. It converts casual fans into evangelists, and encourages casual readers to become fans. This is a great case-study for using social media to build and excite a fanbase.

4 - Love this quote from newcomer Kate Walsh, who literally recorded an album in her producer's basement and raced to the top of the UK iTunes chart, almost exclusively due to online exposure; "Instead of raising your price and selling fewer albums, reduce it and get more people listening to the music,” she explains. “It makes sense.” Bingo. The quickest way to sell more music, is to expose as many people as possible to it.

5 - A story on how obscure bands are getting their push from blogs. The article, as most MSM entries do, focuses on how exposure via one of the bigger music blogs can catapult an unknown band into the blogosphere's consciousness. But the truly untapped power of the blogosphere as a music marketing tool, is in reaching out to the average blogger with the average readership that is VERY passionate about music. You don't have to target a StereoGum or Pitchfork with a million hits a month. Artists would be MUCH better served to go after music fans that have a few hundred or thousand readers a week. Why? Because unlike the big boys, these bloggers have a vested interest in promoting artists that they are fans of. If I were with the marketing dept with any label, one of the first things I would do is make a list of every blogger that's a fan of the artists I promote, and I would reach out to them ASAP. Doing this is basically empowering evangelists to be themselves. Oh did I mention it's free?


UPDATE: Two of my favorite bloggers, and two of the smartest, Jackie and CK, both blog about control, and giving people your product on THEIR terms, not yours.

Email Me
Posted by Mack Collier at 9:33 AM

Hi - and thanks for the kind words and link!

Probably the reason people don't comment on music marketing posts is because no one has a CLUE what to say. (You should sit in a dressing room with a group of musicians and songwriters talking about the music biz.)

Great article though - and some cool items to give hope to us all. Go Indie Musicians!

Dude - Nice headline. I personally don't care for the use of three-word-alliteration, especially all "M"'s like that, but that might just be me. Whatever floats your boat.

I agree. We need to write for our readers but we also should write about our passions. I also love music and share my favorite bands every Friday. Readership goes down but the ones who do visit have become loyal readers every Friday. And I always prefer loyal readers to the masses. It, after all, is inherent within Marketing 101.

This doesn't have anything to do with anything, but the other day I was looking for new music. So I located Zach Braff's 'my space' and followed the musicians on his friends list to their myspace pages and bought the songs from the artists I fell in love with.

No marketing big business hype. No huge flashy campaign in magazine after magazine, station after station.

Just me, the music and my visa card.

There is
"http://www.snocap.com">Snocap - it allows fans to put a Snocap widget on their page and sell an artists' music. There are several other services out there, I believe, as well, that do the same thing. Some that I've been researching for our clients: Good Storm Music, Flotones and Fuzz.

My link to Snocap was bad. It should be: Snocap

Here's a comment: I am amazed that a performing artist offers workshops and retreats. Wow! What a connection Christine Kane's fans must feel with her after spending a weekend with her.

Imagine the self-reinforcing loop an artist must get from that kind of contact with her fans: They tell her their problems, she listens, she interprets, they interact, and then she weaves those feelings in to her upcoming material. Boy.

That's like a really intense focus group where the product's creator actually helps the consumer solve real problems with her product.

Call it co-creating, almost. Except that Christine's still the creator. But still, the fans' emotional ownership of the material is much more genuine.

Huh! That's like peanut butter and jelly. Why didn't they think of that sooner?

I came across this facebook widget the other day while I was looking for a replacement for myTunes Redux. It's called firetunes, and lets you post music from your library on your facebook profile so people can download them.

Love Christine Kane's music. I bought 2 CD's of hers at the SOBCon'07 in May and was listening to "Right out of Nowhere" just yesterday as I was driving back from Columbus. "Four Legs Good. Two Legs Bad." is another favorite. Her voice & the words are just fabulous. I read her blog too and am always amazed how "real" and how "personal" she can be with her thoughts. A great communicator.

I don't comment on your music posts because I am still back in the dark ages on a lot of music. Something happened when I became a parent & I started buying kiddy music. I'm just starting to get back into it during the past few years. I really like your posts because I helps me get back up to speed, but I don't have the confidence to comment about music.

This is a great article exposing the new ways the music industry has had use to adapt to the change in entertainment advertising. I think Tren Reznor is a really good example of how applying to fans on an on and offline level really works. I agree with your comment that fans want more contact with musicians, and the internet has begun to provide that.

Christine - Thanks for stopping by, your blog is a great case study for how an artist can leverage social media to develop a relationship with their fans.

Lewis - I think your music posts on Friday is a great idea, similar to Paul's Tune in Saturdays. I also think readers like series like that.

Sunrise and Alexander - Thanks for the tips about the music apps. I'm also wondering what the 'rule' is about what music can be made downloadable? Is any podsafe music fair game? Do any sites publish a list of music that can be freely downloaded? I know there are several sites that catalog podsafe music.

Chris - I think that's a great story about how you bought Christine's CDs after hearing her speak at a blogger conference! Ah the beauty of 'new marketing'...

SA - I agree, I thought NIN's futuristic/viral campaign for their latest album was pretty cool.

A podsafe site for music that I know of off of the top of my mind is the The Podsafe Music Network - I haven't come across any others but I'm always looking around for that sort of thing. I'll share anything I find!

check out www.reverbnation.com they have an awesome app for facebook. anything you put on your reverb nation page goes to the app on your myspace (including music, tour dates, etc).
~beth.