Experiencing social media vs monitoring it 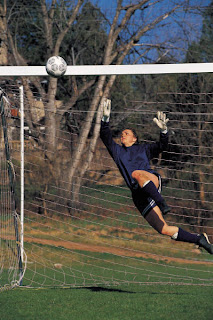 Over four years ago, I wrote this post about the importance of companies understanding their customers. I wanted to focus on this section:

What happens when you better understand your customers is that you can better serve them by anticipating their wants and needs. And the best part? As we correctly anticipate the consumers' wants and needs, and fill them, a trust is developed, which leads to the consumer lowering their defenses and letting us interact with them on a deeper level. This leads to a greater understanding of their needs, which means we can more quickly and effectively meet these needs, and thus the cycle is created.

But that's only half the battle. The 'why' gives meaning to the numbers. What social tools are your customers using? Why are they using them? What information are they looking for, and how do they want it to be delivered to them?

The numbers alone don't tell the whole story. For example, last year a couple of studies came out that challenged Twitter's popularity. The studies claimed that people were flocking to Twitter, but then they stopped using the service after a few months. But the studies were looking at how Twitter users used the Twitter WEBSITE. Many Twitter users move on to a Twitter client such as Tweetdeck or Seesmic after becoming comfortable with the service. So the numbers suggested that people were leaving Twitter, when in fact they may have simply been leaving the Twitter website, for a Twitter desktop client.

You should definitely monitor social media, but ultimately, you should strive to understand the people, not the numbers. If you can reach the point where you understand how and why your customers are using social media, then you can begin to use social media to connect with them on terms that they are comfortable with. And when their comfort level increases, then your customers will more freely connect with you, and this helps you better understand them. And when you better understand them, you can better meet their wants and needs, which in turn will prompt them to more easily understand you. And thus a cycle is created and eventually the understanding on both sides reaches a point where trust enters into the equation.

But it all starts with focusing on the people, not the numbers. Be aware of the numbers, but understand the people behind them.
Posted by Mack Collier at 11:42 AM

"...you should strive to understand the people, not the numbers"

Agreed. The numbers really don't mean anything unless you can translate them to understand your customers and their behaviors better. That's when you can really improve your social media efforts.

Great post!
I call this iterative trust-building process "entrainment" a term I borrowed from biology. It's the process by which, over time, fireflies flash in unison and clock pendulums come to swing in rhythm.

You are right, Mack. A lot of times we loose the sight of what's important focusing on the # of followers or the # of fans instead of people.

Peter I like that! At first it just looks like motion, but eventually you see a pattern to the movement.

Kinda like the difference between watching a group from the outside, versus being a part of that community. You can attain the same level of understanding from the outside looking in.

Another great post! Yes, a good rule of thumb is that quality trumps quantity at all times. You may have lots of readers/followers but no interaction, sooner or later you will lose your followers. Or those followers may not have logged on for ages.I guess this is why some companies are still reluctant to include social media in their marketing mix is because it's hard to measure the ROI, and the success of a campaign.
And Social Media is a great way to interact with your customer and you would really know what they think of your company or your product. And the best part is if they're happy with your product, they promote it for free.

Thanks for pulling this altogether. Makes a really interesting post. I’m really enjoying your blog.............

Excellent post. I agree- numbers can be misleading. It's important for companies to start thinking like customers with regards to social media. There are a number of fancy analytics programs that claim to help with assessing ROI and the effectiveness of social media campaigns, but really, it's all about the individual customer.

You remind me of the book by Dale Carnagie. "listen first (people). Sell second (numbers). Thanks for the post. I'm using socaul media in the restaurant industry. I apply your post to my work.