Companies: Put social media in the hands of your connectors 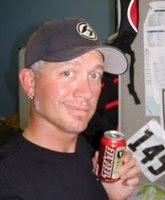 As most of you know, I am a big fan of how MasiGuy is using social media to connect with customers and broaden the awareness of the brand he manages. Over time, I pretty much painted a picture from reading Tim's blog and thoughts on other social sites that:

This, added with the community Tim seemed to build on any social site where he was active, suggested that he was doing a fabulous job of leveraging social media to help build awareness for the Masi brand. But then I saw this quote from Tim during an interview with MediaHunter:

"So really, I’m the only full time Masi employee."

Timeout. So ONE guy is doing all this?!? That's it, I had to learn more. I called up Tim last week and he was nice enough to spend about an hour with me. Here's what I learned:

I don't think it's too hard to connect the dots between Tim's blog growing, and Masi's sales growing. But does that mean that social media is the silver bullet?

I don't think so. I think the key takeaway here is that social media can HUGELY impact your business IF it's put in the hands of your employees that love connecting with people. Social media allows Tim to more effectively do what he was already doing. Tim was already connecting with suppliers and dealers and retailers and customers in-person and at trade shows/industry events. Blogging and social media simply gave him another way to do this, and reach many more people at the same time. I've said this time and time again, but if you launch a social media strategy, it has to work with your EXISTING business strategy. Social media does that for Tim, which is a big reason why it's working so well for him.

Companies, find your employees that are already passionate about connecting with and helping your customers, and empower them to use social media to do so. It works, just ask Tim.
Posted by Mack Collier at 7:25 AM

Mack- fantastic takeaways from what sounds like a great conversation! We're right back to the same idea: people connecting with other PEOPLE, the tools just make it easier to do so. And I think you're hinting at a REALLY critical point - social media doesn't necessarily have "one" home in a company. It needs to be in the hands of people that are passionate enough to embrace it and use it to make the connections that they'd be making anyway.

Thanks for sharing. Good story.

I've often used the Tim Jackson/Masiguy example in my SM presentations. I do clarify his success with exactly what you touched on - social media only works when it fits in with the whole marketing strategy. And, it's still only second best to in-person contact.

What isn't mentioned here is the incredible road show Tim went on in those first couple of years visiting dealers, attending events and talking with people at trade shows. He put an incredible amount of effort in meeting and greeting people in person - and still does. He stays connected to those folks through the blog when he's not with them, though. THAT's invaluable.

Great post, Mack. The word that comes to mind for me when I consider what Tim has done is "authenticity." That really only comes across when you are 1) truly passionate 2) eager to engage others and celebrate their successes and 3) willing to do the hard work. He's a perfect example of how a barrier like low budget probably led to a much more effective strategy overall. Raise your hand if you think Masi would have doubled its sales through expensive use of traditional media?

I love to read stories like this, but they always leave me feeling sad. My day job involves professional services marketing, specifically accounting. It's always hard to wrap my head around how to translate great product stories over to my world where everything is so much less tangible.

Additionally, I see very little passion around me, which leaves me struggling to figure out how to utilize social media in the best way. With professional services, selling is about those personal relationships. So you'd think social media would be a natural fit for helping to develop those. But without the passion for the subject, it's just going to fall flat. Maybe I'm confusing enthusiasm with passion? Hmmm.

I predict the next 3 sites to be aquired are -

Notice that two use social media components. If you want to start a site, it must have a social component.

Holy cow. I knew he was awesome, but I didn't know he was Superman. Very impressive.

Thank you for doing this Mack. Once again you prove to be a shining light in the community.

Wonderful post and well deserved recognition for Tim .. who "gets" that social media is about "social."

Great post, Mack! I have been teaching my social media class that, while it is important to understand new media, it is not a replacement for your marketing plan!

It is refreshing, however, to see an example such as Tim where a small company can make a huge impact by leveraging their existing relationships onto a medium where their customers are already interacting. Great job, Tim, and great job, Mack for showcasing it!

I look forward to meeting you in person at the MarketingProfs event in October, Mack. You rock! :)

Mack, a great case study! It's true Tim is very passionate about his brand and that's in part what makes his social media strategy work. Separate the two and it probably wouldn't be as successful. Tim is the *who* and not the *what*. And thank you for pointing out that social media is not a silver bullet (although lots of folks love the shininess of it) and that it DOES NOT replace a solid marketing plan.