Radiohead says to hell with it, lets listeners set price for new album 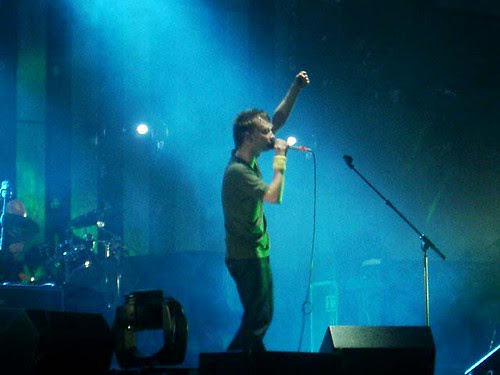 How much would you pay for Radiohead's new album?

Then that's the price.

The English band has ditched their big label, and the big-label mentality of raising prices for new music, and will instead let their fans decide what their new album is worth to them. The band's seventh album, In Rainbows, can only be ordered online via Radiohead's website. When you add the digital download to your shopping cart on the site and view the contents, a place to input a price, and a question mark, appears next to the album where the price should be. When you click on the ?, you are informed that 'It's Up to You'. If you click on it again, you are informed that 'No Really, It's Up to You.'

Big labels, shockingly, are stunned by the move. "If the best band in the world doesn't want a part of us, I'm not sure what's left for this business."

While it remains to be seen if the move will ultimately benefit Radiohead, there are a few things that we know will probably happen. The move will expose many more people to the band's music, and that will lead to plenty of new Radiohead fans. And it will also likely mean that tickets to the band's concerts, which are already a tough find, will be in even greater demand.

As Chris Anderson once said, give away the music, sell the show.


BTW I found out about this story by reading about it via Jennifer Laycock's Facebook profile, where she had linked to GrokDotCom's post on the story. Gotta love it!

Email Me
Posted by Mack Collier at 2:11 PM

Yes I also speak about it on my blog.
It is a choice of marketing interesting enough for their abbum new. Let us wait to see figures and to see what are going to make the other artists.

Fascinating! Of course, just by being first with such a bold move, Radiohead is attracting tons of attention. That in itself may justify the experiment. I hope it works.

Radiohead has proven their genius once again!

I wonder if they have actually been reading the Long Tail

I think it is good move on their part. They'll probably make more money doing it this way than if they would have used iTunes.

I sort off calculated what a fair price from my point of view would be. You can see this calculation at:

"Fascinating! Of course, just by being first with such a bold move, Radiohead is attracting tons of attention. That in itself may justify the experiment."

Brad there are a lot of questions about this experiment, but you're right, they are certain to generate a ton of buzz among fans.

And I hope it works as well.

Norm since Radiohead won't be giving most of the profits to a big label this time, $3.81 for an album seems like a decent amount. Which is the beauty of this, even if the avg fan gives Radiohead $5 for the album, they would probably make as much or more than if they were still with a big label and selling the CDs for $20 in stores.