Is social media growing up? 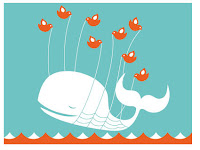 There's been some big news in the past few weeks concerning some of the top names in the social media and new media space. First, David Armano signed on to join Edelman PR in Chicago. Then Geoff Livingston, Beth Kanter and Kami Huyse pooled their collective genius to start Zoetica Media. Next was Powered acquiring Crayon, and today, BL Ochman announced she was joining Proof Digital Media. In addition, Susan alerted me to the fact that some big names such as McDonalds and IBM are hiring key social media positions.

I think this signals two trends that we'll see more of in 2010;

1 - People that have demonstrated value in the social media space will either have opportunities for advancement, or to strike out in new enterprises.

2 - Companies are getting serious about investing in these people.

Personally, I'm excited to see my friends doing so well, and I am excited for this space because I think these moves and this shift in focus helps legitimize the entire space. This is also why I've never worried about the so-called 'flood of social media consultants' or the 'scammers'. The market will bear out the people that are doing quality work, from the ones that are not. I don't have time to focus on whether or not someone has the expertise to be a quality social media consultant, I'm too busy building my OWN expertise. The market always corrects itself.

What do you think? Are these moves only the start and will we see more in the coming months? Or are we in for a quiet 2010?

UPDATE: Jake reminded me that two of the smartest people in the space (and two of my heroes), Ben McConnell and Jackie Huba, joined Ant's Eye View about 2 months ago. Another example of smart people coming together in this space.
Posted by Mack Collier at 2:49 PM

I think companies are maturing and figuring out that the value is never in the tools and understanding how to use the tools from a tactical level, but that you need to thing of all of these new levels of communication strategically. Smart marketers are invaluable, smart marketers who are open to the constant change and can adapt with it are priceless.

True. Social Media is growing up. It helps that execs are beginning to understand that SM is evolving and is an essential tool for their marketing. Thanks for the wonderful post.

I agree, 2010 is going to be more important than ever for companies to get in the social media mix. I found some quick tips on how to be successful while remaining personable http://www.gatewaybizdev.com/blog/2010/01/keeping-the-%E2%80%9Csocial%E2%80%9D-in-social-media/

Social media is going to be more important for companies in 2010. Thanks for the good post.

I am excited about what 2010 will bring to the Social Media world. I too agree that those who are posers will be weeded out and the good marketers will rise to the top. I am always excited about new tools that come out and anticipate great changes, shifts and excitement this year. Companies I think are finally waking up to the fact that they do need to change their marketing strategies and are looking to the qualified ones to help them out. Great post!

Mack - I completely agree. I'd add in some of the partnerships between social media monitoring companies and CRM (like Radian6 and salesforce.com). In the evolution of social media as a series of marketing tactics (with different approaches than other tactics), I think we'll see companies step up the level of sophistication. This includes planning social media efforts as part of larger scale communication strategies and CRM. I'm already working with clients on tying social media tactics to more traditional marketing segmentation, identifying the right tactics that resonate with target segments.

By the way - Powered also acquired Drillteam and StepChange. Drillteam is a great example of building long term advocacy programs, which is a level of sophistication already above and beyond what many think about for social media. I'd recommend checking them out. Great post!

Good observation. I would also add our announcement this week of a new round of financing to the your list of positive signs - http://www.visibletechnologies.com/press/pr_20100113.html

Thanks for your kind write up, Mack. I also think the maturing market demands more than general expertise, as you noted. In our case, we have a very specific vertical we are targeting, social cause (nonprofits and cos engaging). I think the era of the SM generalist is over, too.

I believe social media is about to hit young adulthood...not grown up but coming into its own. With corporate big dog Pepsi shifting toward social media, others inevitably will follow. Mid-sized corporations will follow like so many dominoes throughout the year and by late 2010 some companies will begin to wonder if they missed the boat. Or, they'll organize and get on board. This sounds a lot like a psychic reading. :-) In all seriousness, I do believe 2010 will be a pivotal year. Another way to say it ~ your post is right on the money!

One more thing to emphasize is that clients really do want INTEGRATION. I am really glad that you mentioned that because I think it is critical.

Hope to see you soon, Mack.

It is certainly exciting to see the constantly evolving internet pick back up with the social networking sites. Any company not jumping on board for their many options of social networking will eventually be left behind!

AnnaB said...
This comment has been removed by the author.
9:21 PM

Great post Mack. Social media is definitely not a baby anymore. The way I see it is it's an accepted piece of the integrated marketing communications puzzle; another channel for having a conversation with customers.

Marketing practioners (like yourself) have always known this. Every marketing discipline has it's new time to market complete with a "honeymoon" phase. I remember when email marketing was the latest thing almost ten years ago, and now it's a mature, powerful part of the mix. I envision social media being no different. Those who have treated social media as a stand-alone marketing tactic will fade away because without the other marketing principals and strategies, social media is just about tools. Tools come and go. A solid marketing strategy is classic.

Social media really is the way to go if you are looking to build a company. It keeps your site fresh and full of content and makes your customers feel a part of your business. 2009 was just the begining of this and 2010 is going to see social networking hit all time highs.

I suspect, and hope you're right. It can be frustrating to witness individuals and businesses label themselves as social media "experts" but not understand the first thing about marketing and push their services on an unsuspecting public. I believe your article falls in line with what we are seeing with social media - individuals and businesses rushing out to create Facebook and Twitter accounts and then they sit dormant. Without linking the marketing and business knowledge with social media, the technology is useless.

While social media is difficult to measure in terms of ROI (and this may be the biggest factor in companies holding back), I think most companies realize how viral, quick, and effective social marketing can be. We live in a time when even my grandma uses Facebook, and these numbers will continue to grow as younger generations age. My question is when schools (colleges, in particular) will begin offering courses to instruct communications and business majors how to work in social media. As a writer, I would've loved a chance to take an SEO course in school, but never had the chance (and I don't think most academies offer these courses yet today).

I think the more legitimate companies endorse a particular social medium, the more it will grow up.